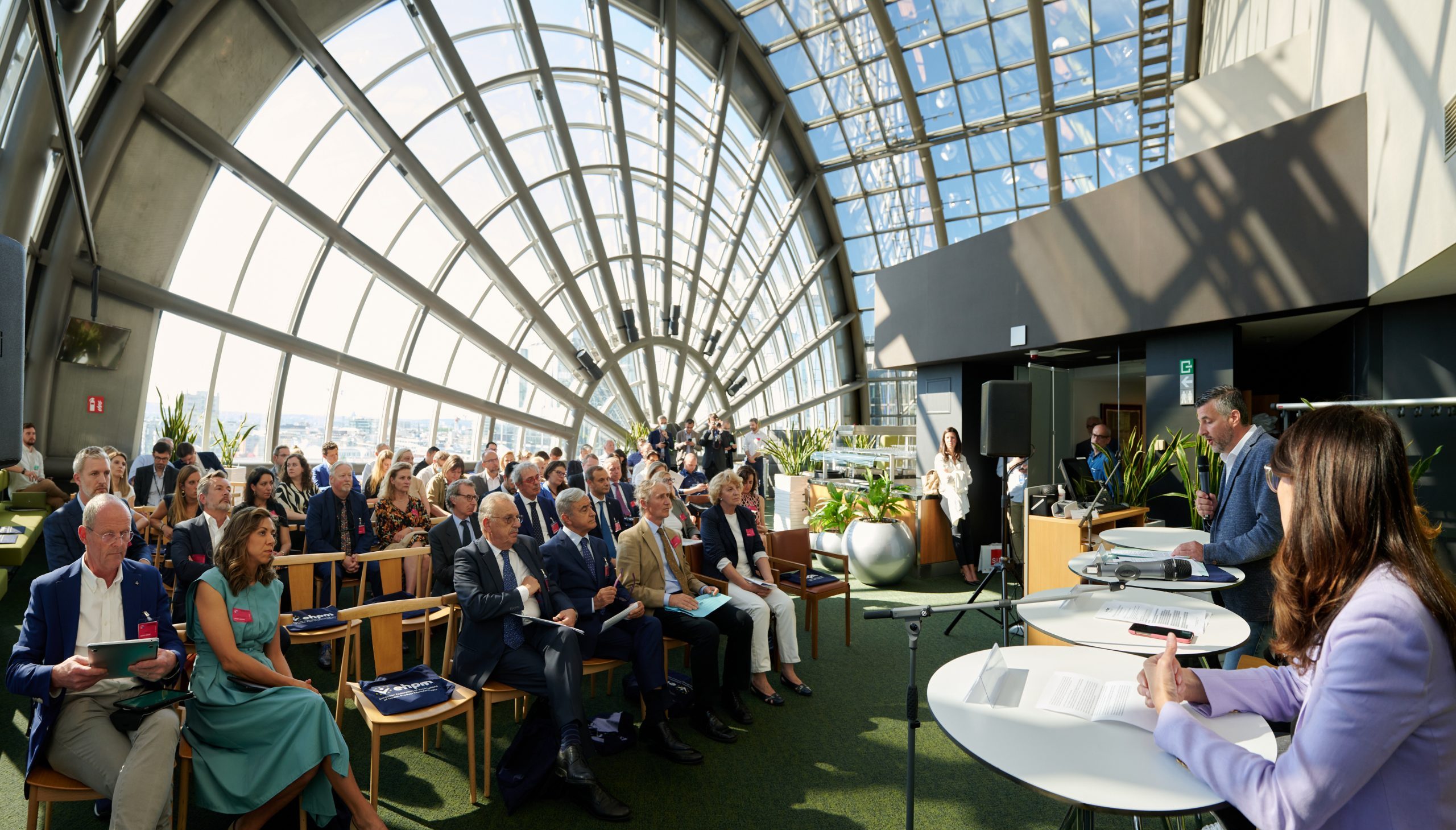 2022 marks the 20th anniversary of the Food Supplements Directive, the cornerstone of the European regulatory framework for food supplements in Europe. “This game-changing directive is a successful example of a bottom-up approach to decision making, whose development was possible thanks to a frank dialogue between authorities, institutions, experts from the sector and European stakeholders including the European Federation of Associations of Health Product Manufacturers (EHPM)”, said EHPM Director General, Livia Menichetti.

To celebrate such important landmark, EHPM organised a high-level event “Celebrating 20 years of the Food Supplements Directive” in the European Parliament on 14 June 2022, gathering representatives of the European and National Institutions, of consumers and industry.

The event was hosted by MEPs from the Parliament’s industry (ITRE) and environment, public health and food safety (ENVI) Committees. MEP Pascal Arimont (Belgium, EPP) described the Food Supplements Directive as a game changer: “This Directive laid the foundation for food supplements in Europe. It recognised the role of supplements for optimal nutrition and was the result of a constructive dialogue between European and national policymakers and stakeholders. As a result, European citizens benefited from better consumer protection due to better control of the sector.”

“Europe’s population is getting older and there is a rise in non-communicable and chronic diseases which are often diet-related. This threatens our health-care systems”, said Italian MEP Alessandra Moretti (S&D) who highlighted the value and use of supplements for consumers’ health. “With busy lifestyles, it’s harder to have access to nutrient-rich foods, this is why food supplements are considered to be an important tool in combination with a healthy lifestyle and diet to achieve an optimal nutritional status”.

MEP Simona Bonafè (Italy, S&D) called for a tailored approach to the safety assessment of botanicals and other ingredients with a nutritional and physiological effect, as well as for providing consumers with accurate and helpful information about the nutritional value and use of food supplements: “Citizens in the EU enjoy a high level of food safety standards, our food system is recognised as one of the best in the world. EU citizens need to have proper information”. She called on the European Commission to work with national regulators, consumers and the industry to improve food supplement information available for consumers. 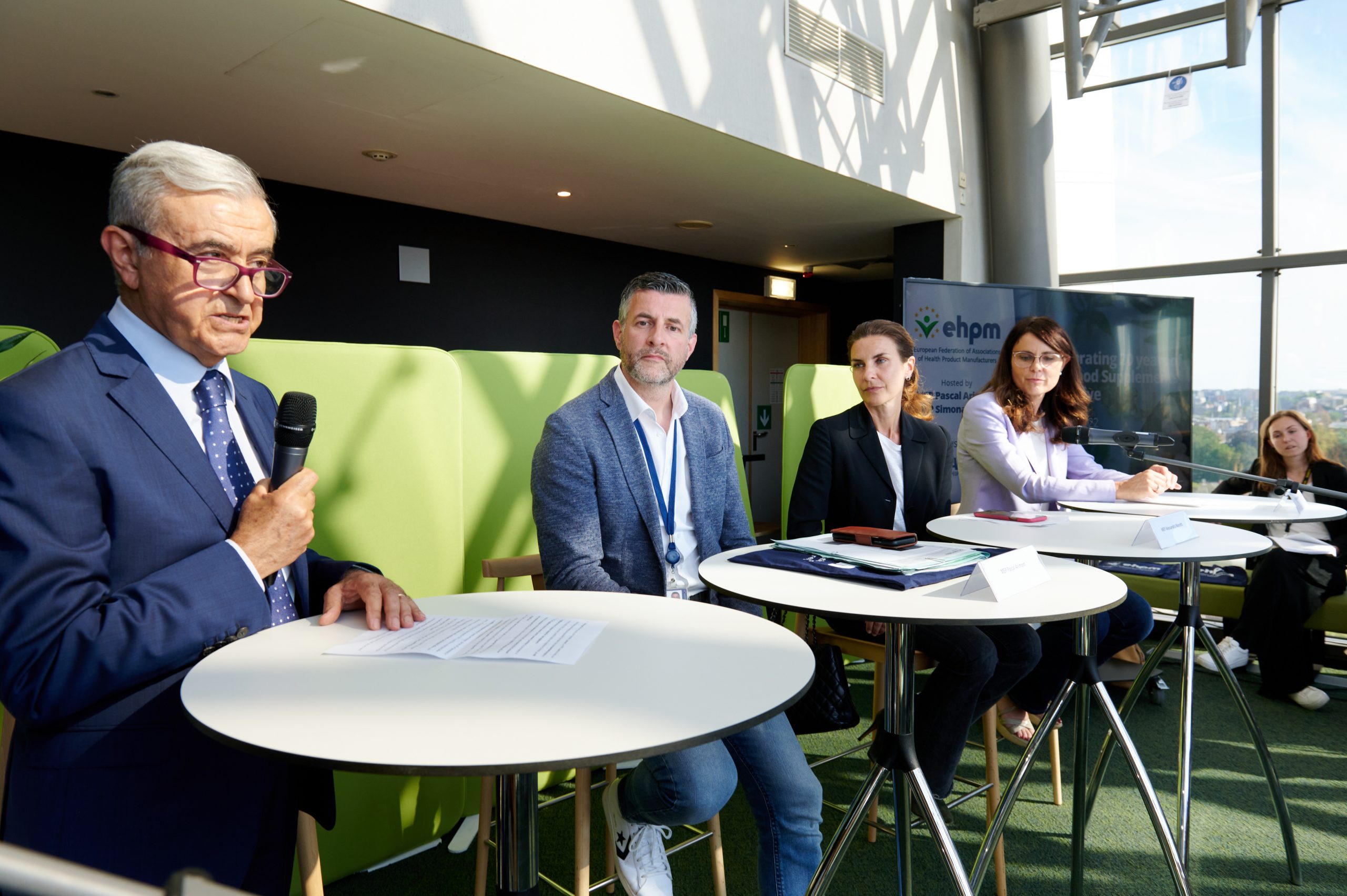 The event featured two panel discussions moderated by Amalie Mersh, Euractiv journalist. The first panel focussed on the achievements of 20 years the Food Supplements Directive and the ongoing challenges for the sector.

Basil Mathioudakis, former Head of the food legislation unit of DG SANCO, and EHPM Vice-Chairs Michel Horn and Magdalini Selanikli debated how, although the Food Supplements Directive bore important fruits, there is still work to do to further harmonise the European regulatory environment. For instance, the need to harmonise maximum and minimum levels of vitamins and minerals, as well as the lack of a harmonised proportionate approach to other substances with nutritional and physiological effects (i.e. botanicals and probiotics) represent important challenges to be addressed.

Crucially, Basil Mathioudakis, who was instrumental in the development of the Directive, highlighted that while the European Food Safety Authority (EFSA) argues that the key to good nutrition is a varied and balanced diet, most people find this difficult to achieve due to the current socio-economic reality.

Overcoming these challenges will therefore require the return to the spirit that brought to the adoption of the Food Supplements Directive 20 years ago, when all parties involved, European and national regulators, as well as industry stakeholders collaborated for the greater good: guaranteeing consumers’ safety and their right to choose. 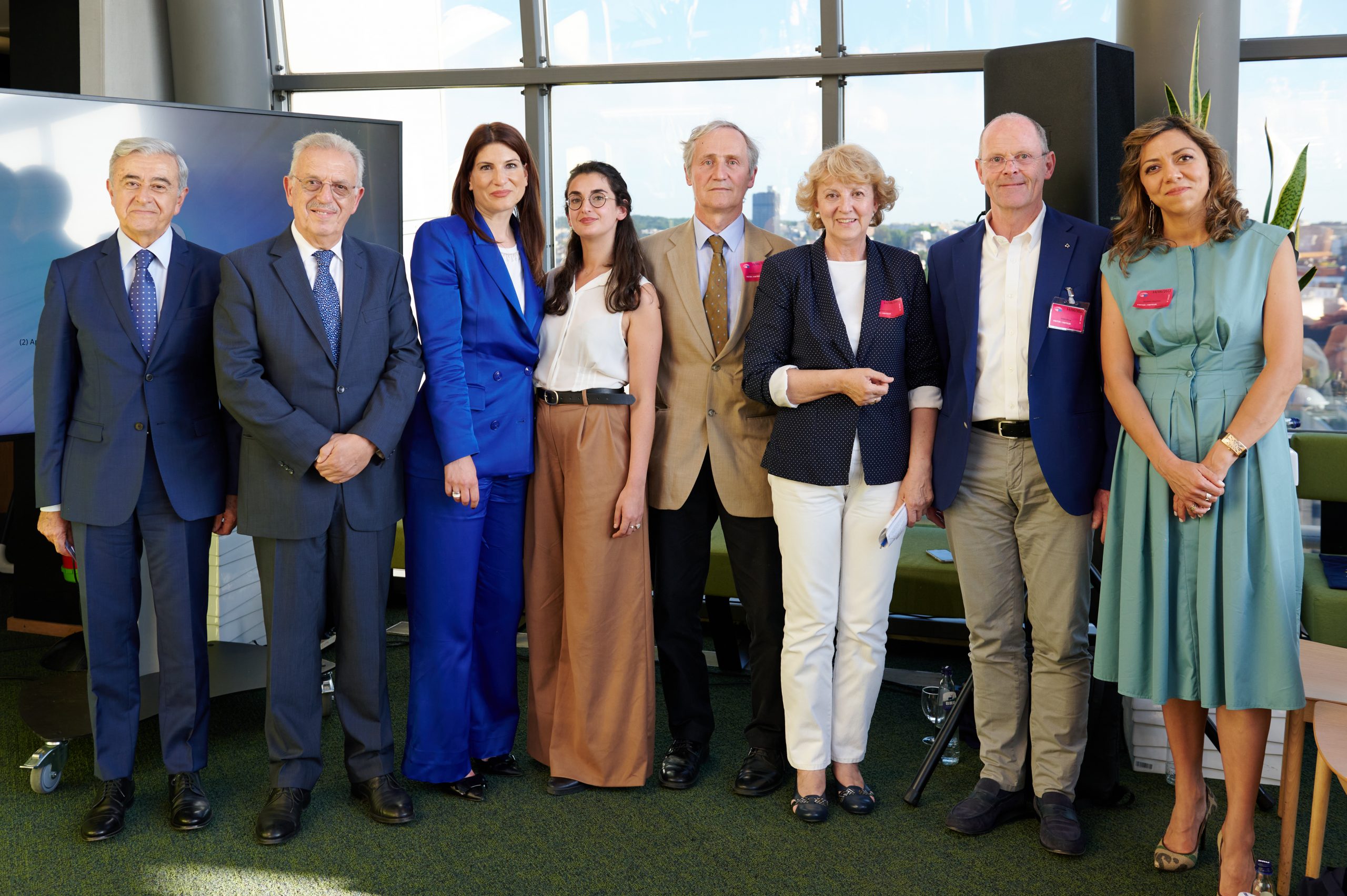 The second panel focussed on botanical food supplements. Dr Tatiana Onisei from the Romanian and Dr Valeria di Giorgi from the Italian Authorities, Federica Dolce from the consumers’ association Safe Food Advocacy Europe (SAFE), and Jonathan Griffith, Chair of the EHPM Botanicals Working Group, recalled how the enactment of the Nutrition and Health Claims Regulation (EC 1924/2006), which sets out the rules for using health claims on foods, has been highly problematic for botanical foods and in particular for botanical food supplements.

Dr Tatiana Onisei and Dr Valeria di Giorgi highlighted how National authorities and regulators are also anxious for progress in this field and they both called for action at the EU level to improve the situation, particularly when it comes to traditional remedies used over decades, sometimes centuries.

Federica Dolce explained that the lack of harmonisation across EU Member States makes it difficult for consumers to make informed choices on botanical food supplements and presented SAFE’s “Know Your Botanicals” campaign.

This was the first in-person EHPM event in the European Parliament since its re-opening. During the event, Livia Menichetti also presented the EHPM impact assessment on 20 years of Food Supplements Directive and outlined the EHPM positive and proactive approach recalling also EHPM recent publications such as the EHPM Proposal for setting Maximum and Minimum Levels of Vitamins & Minerals and the EHPM Graded Approach to Botanicals Health Claims as well as the upcoming proposals that will be published in the coming months.

The photos of the event are accessible here.

The after movie of the event is accessible here.

Also read “How the Food Supplements Directive ushered in a new era for the €12 billion sector” published in The Parliament Magazine.